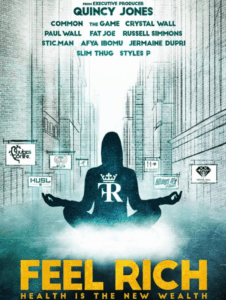 The documentary looks at African American diets, the rise in healthy eating and the influence hip hop culture has over this generation.  Rapper Fat Joe gives a shocking insight into the obesity crisis when speaks of losing over half a dozen friends within a couple of years to heart attacks, all of who were in their mid 30’s!

Understandably this had a huge effect on him and has now adopted a healthy lifestyle saying it’s the greatest thing he’s done with his life.  His message to others is “I’m not special, I’m just like you, if I can do it so can you!” 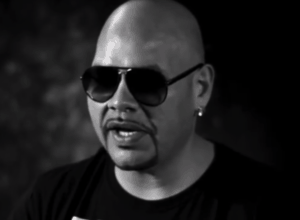 It’s almost no surprise when you look at the choices many urban communities have when it comes to food, why would you go through the trouble of finding and cooking healthy food when there’s a fast food outlet on every street corner?

Here are some startling facts: 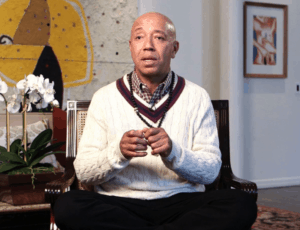 Those features in the documentary talk about how a healthy lifestyle contributes to success, but wealth should not be the end goal.  They say how people are literally killing themselves through their lifestyle choice trying to obtain material wealth, and how real wealth is a holistic approach, involving healthy eating, healthy body, healthy finances, and healthy thinking!

Jermaine Dupri recognises the importance of his diet on his energy levels.

“I don’t want anything that could slow me down”…”hunger is often more mental than real hunger”.  He says that after eating a big meal with the usual unhealthy things and feeling lethargic and tired, his healthy diet keeps him feeling energised and fresh! 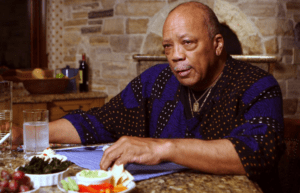 “You reap what you sow” – Quincy Jones

The documentary finishes by interviewing the legendary producer Quincy Jones (senior) who discusses his history of over indulgence.

He was told by a doctor he will die if he carries on drinking and eating the way he was.  Quincy took this as a huge wake up call, quitting drinking and says he feels 19 again and is more clear and creative than ever!

Before the end credits, a shocking and disturbing reminder of the effect obesity and heart problems – the documentary gives a tribute to the big number of hip hop artists who have died over the years from cardiac and health related illnesses.

Feel Rich: Health is the New Wealth is available on Netflix now!