If you don’t eat meat then it’s hard not to feel a little smug at the latest trend towards a meat free diet.  If you’ve ever been into health and fitness and building muscle then having a regular portion of meat in your meals has been essential if you wanted to build and repair muscles.

Well that’s what we’ve all been led to believe!

Numerous research studies have found there to be many benefits to a vegetarian or vegan diet and have also proven how it’s possible to build muscle, without meat!

A study by The American Journal of Clinical Nutrition studied 3000 men and women and found that although the level of protein in their diet directly influenced their lean muscle mass, bone density and quadriceps strength – key indicators of strength, the type of protein was not relevant!

If this is all news to you, then you’ll probably be surprised to hear that some elite athletes have adopted a vegan diet and are still at the top of their game, claiming big health benefits!

Here are 6 elite athletes who have gone vegan: 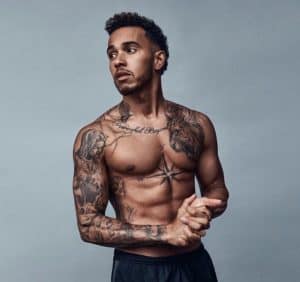 As you can see the four time F1 World Champion is looking in pretty decent shape!

If you’re not familiar with F1 racing and the need to be super fit, the speed of the cars and the G-force is exerts on the body over a couple of hours racing requires the drivers to be in peak physical condition to be able to remain focused and perform.  So physical fitness and weight management is kind of a big deal!

Lewis Hamilton’s decision to go vegan back in 2017 was for both health reasons and also to help save the planet.   The 32 year old became inspired by a documentary about meat production and became concerned about the environmental effect it had on the planet.

Talking to the BBC, Hamilton said his family’s medical history of heart disease and cancer also played a part, and he wanted to try and pre-empt any possible disease!

Venus Williams is one of the most successful and recognisable tennis players of our time, winning 49 singles titles to date!  Venus decided to go vegan back in 2011 when she was diagnosed with an auto-immune disease, and has changed her lifestyle to help cope with it and to be able to maintain her performance on the court. 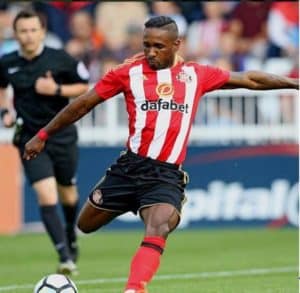 Jermain Defoe is one of the most successful goal scorers in English Premier League history. scoring over 150 goals in the league as well as having a success with the national team!  Defoe is 34 and still going strong playing top flight football for Bournemouth FC and says his ongoing success is down to his new vegan diet.

Defoe spoke to Menshealth  about his transition to a plant based diet and says he never finds giving anything up difficult because he knows how much he loves the buzz from scoring goals and is committed to doing anything possible to maintain that.  He’s cut out meat, dairy and eggs which are good sources of protein, and is clearly still in amazing shape! 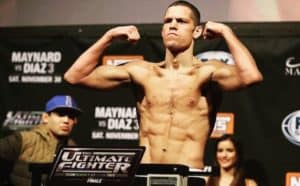 Nate Diaz is a UFC fighter and famous for beating Connor McGregor.  He’s now 32 years old and has been a vegan since he was 18, which goes to show that having a plant based diet won’t prevent you from reaching the top of your game in fitness or in any sport.

Diaz was inspired to go vegan by his older brother Nick and owes much of his success, and beating McGregor to his vegan diet.

Speaking to Mens Journal, Nate said how he wanted to help promote the vegan industry and criticised some of the myths surrounding it, saying that you don’t need meat to become strong and if anything, meat can slow you down!

Nate Diaz may have started a trend, as other UFC fighters also claim to be vegan such as Alex Caceres and James Wilks. 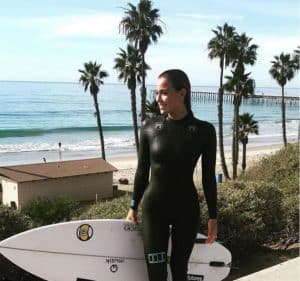 Tia, 20 from Puerto Rico has grown up on a vegetarian diet and decided to take it one step further 4 years ago to become vegan after doing more research and watching health documentaries.

Tia maintains an open mind about food choices and doesn’t try to push her beliefs onto others, but it’s fair to say her vegan diet is doing her no harm as it’s helped fuel her athletic accomplishments….she looks pretty good too! 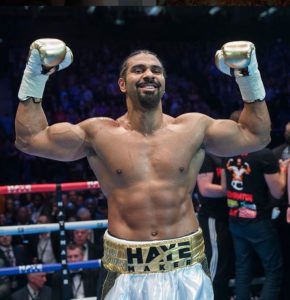 David Haye is a British professional boxer and former world champion in two weight classes!  If you’ve struggled to be convinced you can build muscle on a plant based diet then surely this should convince you.

Boxing is one of the toughest sports around and the training to be at the top of your game is intense, requiring impressive fitness levels and lean muscle mass.

After a serious shoulder injury Haye had to undergo surgery and take a break from boxing, which led him to research the best ways to recover from injuries and found the benefits of a plant based diet.  He has now been a vegan for 4 years.

Talking to The Sun  Haye says mentions how apes are up to 20 times stronger than humans yet they eat a plant based diet!

It’s clear that there are loads of benefits to a plant based diet, and if you wish to vegan it shouldn’t prevent you from pursuing your fitness goals or excelling in physical sports.  Here at TrueHealthDiary.com we’re big fans of meat, so don’t think we’ve suddenly become anti meat!  However it has become clear that eating meat in excess can lead to many health problems that can be avoided by opting for a plant based diet, and you can still build and maintain muscle in the process!

If you’re interested in a plant based diet and want to try to increase your protein intake to assist with your training goals, check out our review of Organifi’s Complete Protein.