Here at True Health Diary, we believe passionately in living a high performance lifestyle and improving both your physical and mental health, which is why steroid use is of great concern to us.

Steroid use among young gym goers has reached epidemic proportions and is a subject the fitness community needs to seriously address.

A study in the Journal of Sports Medicine and Physical Fitness on the scale of the steroid problem found that alarmingly, up to 23% of amateur male gym goers admitted to using steroids!  A national steroid survey by Public Health Wales found up to 3% of UK men take steroids, that’s almost 1 million in the UK alone!

This isn’t just a UK problem, a 2013 study by the Partnership for Drug-Free kids in the USA found 11% of high school kids have tried or are currently using steroids. 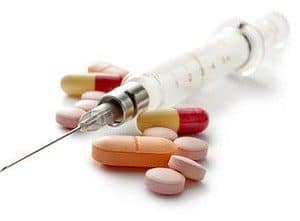 So what are the side-effects of using steroids?

Well if you’re a regular gym goer you’ve probably seen a lot of this; back acne, disproportionately large shoulders, traps, back and upper chest.  Other symptoms which we hope you haven’t experienced in the gym are being more noticeably aggressive and having short term libido issues.

Despite these side-effects which are actually commonly known, young men continue to inject which shows the seriousness of the situation, as people are actually placing a higher importance on their body image than their actual health!

Maybe these are a sign of the times we live in, where young people are looking for and often addicted to instant gratification.

In the internet age, with Google and social media, everything is available at the click of a button.  One thing we do know is that the internet has played a huge role in the availability of steroids, increasing supply and therefore making steroids more affordable to amateur young gym goers.

There are arguments that suggest the use of social media has only compounded the problem, as young men are bombarded with images of bodybuilders, sports stars and fitness models with perfect bodies on a daily basis.

This obviously increases pressure on young men to look a certain way and negatively affecting their self-esteem.

There have been findings that suggest the poor economy and careers outlook for young people has led to low self-esteem, with people turning to the gym and gaining size to fill the void and make up for their lack of personal success or progress in life.

Looking for a quick fix

For others it’s often seasonal, with young men looking for a quick fix to get that perfect body for the summer months, feeling pressure to look a certain way to attract girls or just to fit in amongst their peers.

Another finding is that regular gym goers often become obsessed, with many suffering from a condition referred to as body dysmorphia or ‘bigorexia’ which is seeing themselves as smaller than they are and the need to become bigger.

The problem doesn’t just lie with amateur gym goers, in the UK professional rugby has the most athletes caught to have used steroids with 29 out of 47 banned sportsmen being rugby players.  UEFA, the governing body for football/soccer in Europe found that 1 in 12 professional footballers have suspiciously high levels of testosterone in their bodies.

One thing is certain about steroid use in young men, it’s neither good for your physical health or your mental health and we need a more long term, broad view of health and fitness, not a quick fix!